Since releasing her debut album Don’t Let the Kids Win in 2016, Melbourne’s Julia Jacklin has carved out a fearsome reputation as a direct lyricist, willing to excavate the parameters of intimacy and agency in songs both stark and raw, loose, and playful. If her debut announced those intentions, and the startling 2019 follow-up Crushing drew in listeners uncomfortably close, PRE PLEASURE is the sound of Jacklin gently loosening her grip.

Stirring piano-led opener ‘Lydia Wears A Cross’ channels the underage confusion of being told religion is profound, despite only feeling it during the spectacle of its pageantry. The gentle pulse of ‘Love, Try Not To Let Go’ and dreamy strings of ‘Ignore Tenderness’ betray an interrogation of consent and emotional injury. The stark ‘Less Of A Stranger’ picks at the generational thread of a mother/daughter relationship, while the hymnal ‘Too In Love To Die’ and loose jam of ‘Be Careful With Yourself’ equate true love with the fear of losing it.

PRE PLEASURE presents Jacklin as her most authentic self; an uncompromising and masterful lyricist, always willing to mine the depths of her own life experience, and singular in translating it into deeply personal, timeless songs. 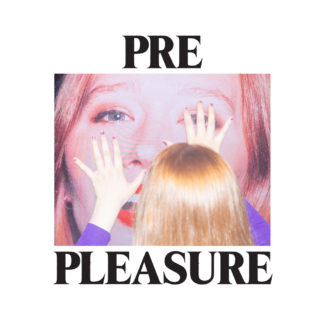