In the beginning of 2017 the band prepared to start a new album cycle by literally rolling up their sleeves and building a brand new recording studio from scratch. Over 100 square metres inside an industrial complex in the area of Neukölln in Berlin is now their creative haven and workplace alike, and this is where the follow-up to »Berlin« has started to take form.

“We have been giving it quite a lot of thought, how we want to continue after the last album,” says Tiger. “Maybe I try not to only be a musician, but to think, write and play like an artist. It sounds corny, but I mean it in the way a brick layer differs from an architecht. Not to only lay brick by brick, but create a nice vision of a house with different rooms.” Intentionally or not, the act of manual labor – like building a house in arrival of a new baby – gives a poetic layer to the album process. “It is a big challenge,” Simon says. “But also a positive period where we are able to question everything we’ve already established in order to move forward as a band. We would not respect ourselves and our followers by putting out just another KADAVAR album. It needs to be different and hopefully better!“

They might have eased up on the competitive attitude, but don’t believe for a second the hunger is gone. Take it from the wolf himself: “When you realize you have taken it to the next level, where you can live from music and see the world – you work your ass off to keep that. What else should we do? We are useless in the normal world. And maybe it looks harder than it is…“ 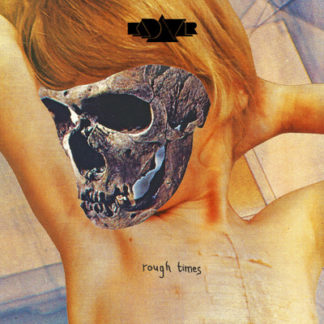