As one the most successful bands in the heavy metal scene Machine Head changed their musical style from their trash sound to melodies which incorporates rapping vocals. The Burning Red is an musical experiment with disco drums, crooning vocals and funky basslines. But their progressive sound can still be found in the tribal beat and guitar melodies of a song like “The Blood, the Sweat, the Tears”. It’s heavy sound is combined with subtle melodies and some groovy rhythms, but there are also rapping structures as in “Desire to Fire”. The album consists of 12 songs and is recorded at the Indigo Ranch Studios. It features new member Ahrue Luster on lead guitar, replacing Logan Mader.

Machine Head sold over 3 million records worldwide. The band is one of the pioneering bands from the American heavy metal scène. The only original member, lead vocalist and rhythm guitarist Robb Flynn, is the man who puts all his inspiration into the heavy and melodic sounds. 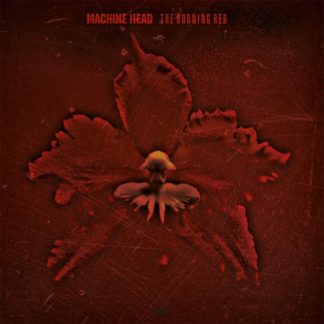