MADBALL For The Cause – Vinyl LP (black)

MADBALL For The Cause – Vinyl LP (black)

Maintaining urgency, authenticity and integrity has never been an issue for New York City’s hardest, and hardest working band, MADBALL. Twenty-five years along as a recording and touring entity, MB brings forth its ninth aural chapter, »For The Cause«; a signature collection of lionhearted, groove-laden, street-level New York Hardcore as only MADBALL can bring it.

Throughout the band’s storied history, MADBALL has asserted its mission; carrying forth a simple yet righteous cause, and this time around, they’ve chosen to define that cause more succinctly than ever before. »For The Cause« sees the return to the fold of guitarist Matt Henderson, who hasn’t appeared on a MADBALL album since 2000’s »Hold It Down«, for which Henderson also served as producer.

Unique to this album is the stellar production work by RANCID’s Tim Armstrong, who clearly helped express MADBALL’s distinctive voice powerfully and dynamically without stepping on the trademark formula the band has forever carried, yet constantly seeks to improve upon. 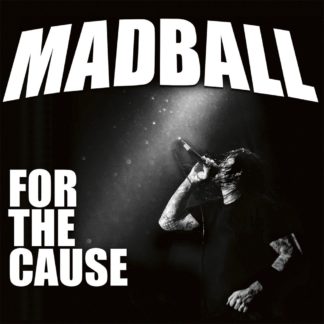