“I look at it like this,” METZ frontman Alex Edkins says. “You start a band, just as something to do, because music’s what makes you tick, the thing you dream about and think about and that’s it. You never think that you’ll be able to do it all the time. But then, for some inexplicable reason, people actually listen and latch on and the band begins to take on new meaning. All of a sudden there are expectations and pressure, real or imagined, to change who you are. It was important to us, when making this record, not to give in to that pressure.”

What happens when a seemingly irresistible force meets an immovable object is a serviceable metaphor for the music METZ creates, both live and on record. Now behold II, the concussive new full-length from what is arguably North America’s finest touring rock band. Written and recorded in 2014, after two years of constant touring behind their rightly adored self-titled debut, II is METZ at their most true to form—as pure an expression of what they do as can currently be committed to tape. The guitars are titanic, the drums ill-tempered, the vocals chilling, and the volume worrisome. Though they incorporated new instruments, (baritone guitar, tape loops, piano, synth, found sounds) and stretched out the arrangements, they still managed to “stay true to what made us tick in the first place: that immediacy,” Edkins calls it. “If it punches you in the gut.” 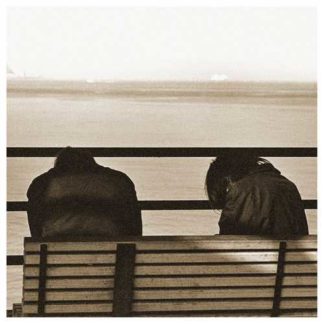