Whatever became of the fabled Generation X of the 90s? Most of them probably opted to ditch the flannel and meticulously ripped jeans for a 9-to-5 office suit. Some have been lately reported to have opted for a rope around their neck in an expensive hotel room. What about those who never got over it and are still stuck in the loop of unwashed appearance and never-loud-enough guitars. Enter Overdose Support.

« Try Dying » flies the flag of a sound that could have easily come out of a Minneapolis garage or whatever hellhole the Cows used to call their practice place in the 90s. The sound of guitars always teetering between a chord and ear-piercing feedback. The sound of a bass player and drummer so fucked up they have no choice but to interlock in the tightest groove physically possible. The animalistic mumble of a halfwit occasionally managing to spew some near-catchy melody lines from the otherwise incomprehensible gargle. One thing separating Overdose Support from many others is the electronic noise junk spattered all over the songs. No cool-factor here, more like throwing used toilet paper on already piss stained floor. 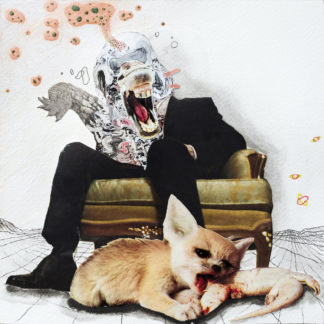