pg.lost is a Swedish band of many directions. Their sound is throbbing with great melancholy, but there is also a certain element of dirty rock n’ roll in it, as in the crushingly heavy closing section of monumental opening track Ikaros, in the distorted bass line kicking off the 2nd track of the album, „Off The Beaten Path“, or in the huge roomy drum sound in general.

The band bought their own studio just before the recordings of „Versus“, which made the recording process both easier and harder. „It’s easy to play around too much when you don’t have studio time that is costing money“, comments Almberg. The effect-saturated vocals, which were a trademark on previous pg.lost releases, have disappeared on „Versus“, and given way to more keys and synths. “Kristian was in the middle of heavy touring with Cult of Luna playing keys every day during that time, so he had a lot of synth-based ideas for songs. I guess this has helped us to take the band into a bit of a new direction sound wise“, comments Almberg.

The fact that guitar player Mattias Bhatt is currently living in London, while the rest of the band is based in Sweden, has been a challenge for the making of this album. „We have always been a band that for the most part has made music through jam sessions. Nothing good comes out of 9 sessions and in the 10th session you strike gold. Now we had to be really focused during the few times we could actually meet. For this album, more song ideas were written at home by the individual band members, and then it went back and forth through the internet. Many times it was a real struggle and it felt like this way of doing it might not be the way for us. But then slowly but surely things started to crystallize.“

They sure did crystallize into an outstanding album. „Versus“ is a true post-rock masterpiece, an album loaded with great melancholy, heaviness and catchy musical ideas delivered in an incredible density of sound. It’s sometimes easy to forget that there are only 4 people creating these vast orchestral landscapes. 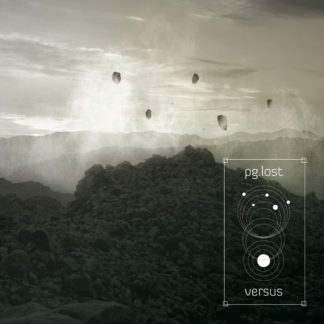