The Menzginers are in a crucial period of growth. Now in their mid-20s, members Greg Barnett (guitar/vocals), Tom May (guitar/vocals), Eric Keen (bass), and Joe Godino (drums), seek a greater wisdom in life, even if they are old enough to know better. A theme that strongly permeates throughout the album. “Things start to feel a little more serious,” said May. “When we were younger we wrote fiery songs because at that age it’s your world view. Now I look at the world and think ‘well, maybe I’m not right all the time.'”

Another change for the former Scranton, Pennsylvania housemates is their studio location. They entered Miner Street Studio for the first time in Fishtown, Philly in the fall of 2013. Jonathan Low, whose rich Americana influences can be heard on his work with The National, Sharon Van Etten, and Kurt Vile was enlisted to engineer the album. When writing the new material, the band recognized their shifts in their craft, shifts they knew would best be handled by Low. “We wanted to go to somebody who wasn’t used to recording punk records, though it wasn’t in a pretentious way, like we wanted to become an indie rock band,” stated May.

The end result is an album that fearlessly collides the snarl of emo with grungy, 90s grit and exploring the celestial expanse of post-rock. It’s slightly new territory for a band coping with their mid-20s. And lyrically touches on matters that any red blooded human of that age can relate to. 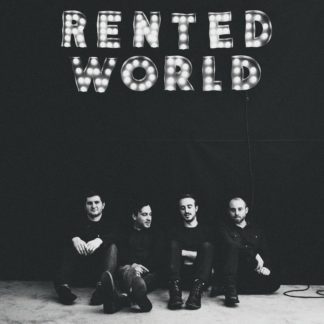