Hands In The Dark, All Time Low

Essentially the project of multi-instrumentalist and producer Demian Castellanos, The Oscillation was formed in London in 2006 with the release of the debut seven-inch and Rough Trade Records ‘single of the week’; New Way To Feel on Bee And Smoke records. Drawing inspiration from The Cure, Loop, Can, The Durutti Column, PIL, Spacemen 3, Popol Vuh and Chrome, they’ve since gone on to release three critically acclaimed studio albums; Out Of Phase (2007), Veils (2011) and From Tomorrow (2013). Over the last few years The Oscillation have also appeared on several highly rated compilation albums and provided remixes for the likes of Simian Mobile Disco, Telepathe, Nick Nicely and most recently the Fat White Family.

The new long player Monographic sees the multi-talented Castellanos, who sings, play bass, guitars and synths on the album, joined by Valentina Magaletti on drums in what is without doubt the band’s most accomplished and outstanding set of songs to date. 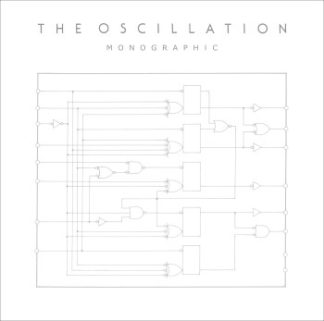