Uzeda – a national treasure of Italy’s underground rock scene, and one of the longest-running punk bands on the planet – returns with their first new album in 13 years. The album’s title, Quocumque jeceris stabit comes from the famous inspiration phrase that loosely translates in English to “Wherever you throw it, it will stand” – a testament to the resilience and adaptability of Uzeda. Like a buoy in turbulent waters, virtually everything around the band and its members has changed significantly since their last album, Stella, was released in 2006 on their previous longtime label, Touch and Go Records. Recorded, as always, by longtime friend and collaborator, Steve Albini, Quocumque jeceris stabit sees Uzeda picking up where they left off, albeit with the sands and scars of time cutting new creative paths within the reputable map through which Uzeda have traveled for the past four decades. Vocalist Giovanna Cacciola’s fragile, dynamic rasp still cuts through the jagged guitar of husband and fellow Bellini member, Agostino Tilotta, while the rhythm section of bassist Raffaele Gulisano and drummer Davide Oliveri provide the sturdy foundation on which all Uzeda songs are built. But there’s something noticeably different now, a kind of melodic tension that was always hinted at but perhaps never fully displayed until now. It is a sound and a feel that Uzeda was made for, and one that unquestionably defines them. 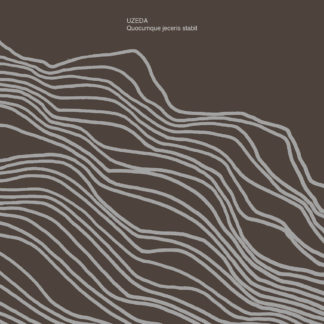