Nasty, sludgy hardcore punk for the furious, for the restless and for the adventurous – these are VVOVNDS that will leave deep scars!

A VVOVNDS full-length album almost seems like a physical impossibility at first. Since erupting on the scene a few years ago, the Belgian four-piece seem to live and die within the short minute-and-a-bit, at most, that their song-bombs last. They are flashwounds, opening, exploding, closing, almost before you can realise what’s going on, leaving only deep scars to remember them by afterwards. And yet, here they are, “swallowing nails // spitting riffs”, as they put it themselves, or dreaming really fast, as Bill Murray would, for almost half an hour. We don’t know how they take it, we don’t know how we will, but everyone will just have to run for cover and try to survive.

The punk of VVOVNDS is immediate, it hits hard and deep, but yet it still defies easy descriptions. Like their name, they leave things simple, their boots firmly planted in the roots of the hardcore punk genre, but at the same time it’s impossible to find an easy reference point, the traditional sounds-just-like-x, because for them x doesn’t mark just one spot spot. They have a lot of xs, scratched in blood throughout the walls of genres like powerviolence, sludge and who knows what else, as long as it’s covered in bile, blood and tears.

Although comparisons are difficult to find and far-fetched, we’ll give it a try: imagine all members from Converge, Lightning Bolt, Ice Age, Uniform and Some Girls caught in a drunken bar fight, all armed with rusty prisonknives… 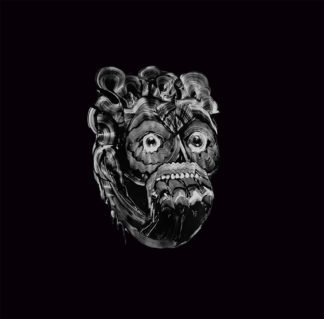