Following an avalanche of positivity towards the ‘deviant black metal noir’ of 2017 debut Futility Report, WHITE WARD from Odessa, Ukraine present second full-length Love Exchange Failure, the next step of their rapid evolution into an increasingly unique musical force.

Diverse movements and tonal shifts interlink as if to mirror what the band describes as humanity’s existential struggle “caused by the inability to understand who we are and what our place on this planet is” – a clash between dreamworlds and harsh reality evocative as the urban landscapes of photographer Luke Pownall used throughout the packaging.

Love Exchange Failure is an essential listen, a record that on repeat plays opens up like a streetscape sinkhole to drag you into the degenerate heart of the city. 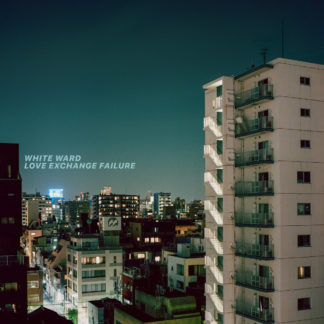