Sixteen Horsepower were a Denver-based alternative country band that revolved around the unique songwriting and singing of David Eugene Edwards. The band made its name with music that combined rural backwoods kitsch with edgy, off-kilter country-rock.

Sackcloth ‘n’ Ashes is their first full length album and was originally released in 1996. Driven by fiddles, a bizarre sense of humor, and punk-inflected country-rock, Sackcloth ‘n’ Ashes, is a weirdly captivating listen. Nearly every song is a strange, backwoods fable, delivered with clever irony that never undercuts the essential, disturbing intentions of the songs. 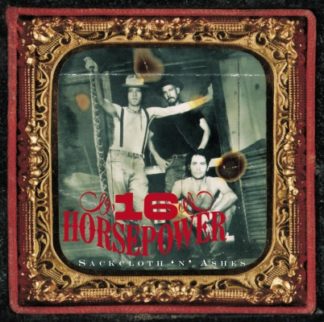