In just over a year since their initial inception, Eye Flys have established themselves as a force beyond reckoning. Their debut full-length Tub of Lard is stunningly potency full of piss and vinegar, scientific in its ability to pulverize everything in its path. Due in part to the considerable pedigree of the band’s lineup (including members of Full of Hell, Backslider, Triac), the east coast-based quartet chew through steel-barbed riffs and off-kilter rhythms with exponential force. Their 2019 debut EP Context set an early precedent for just how lean and ruthless they can be. On Tub of Lard, Eye Flys launch that potential into 10 songs of maximum impact that find both raw power and subtlety in their simplicity. 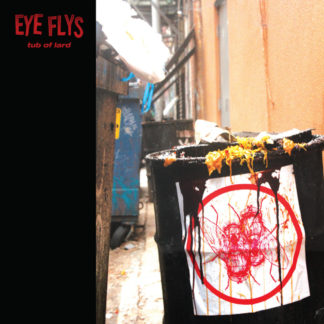