American Nightmare was formed when Tim Cossar and Wesley Eisold (who was then a roadie for Ten Yard Fight) met up with Azy Relph and Jesse Van Diest in 1998. They recorded a demo tape in 1999, followed by their debut release, a self-titled 7″, on Bridge 9 Records under their original name American Nightmare in 2000. After extensive touring and line-up changes, the band recorded their second release 7″, The Sun Isn’t Getting Any Brighter. This was later combined with their self-titled effort to form Year One, which was released posthumously.

Their debut full-length, Background Music, was recorded for Equal Vision Records in 2001 and was released to much acclaim. In 2003, the band faced a legal battle with a similarly named band from Philadelphia. The band then changed their name briefly to the initials « A.N. » then to American Nothing for a brief period. After the other American Nightmare again threatened legal action, they changed their name to Give Up the Ghost (which was intended to be the name of their second album). Their second full length, We’re Down Til We’re Underground released on Equal Vision Records, saw the band experimenting with their sound, with longer songs that didn’t follow the typical hardcore songwriting formula that they had adhered to in their previous releases.

The band broke up suddenly in June 2004, a day after announcing the cancellation of a European tour, issuing a statement which cited « health and personal reasons » for the split. Give Up the Ghost’s success, combined with the success of contemporary Boston bands like The Suicide File, cemented the position of the Boston scene as the bellwether for new trends during the early 2000s. Members went on to join/form other bands such as Cold Cave, Some Girls, XO Skeletons, Ye Olde Maids, Head Automatica, Bars, and the Hope Conspiracy. Wes also went on to start a publishing company called Heartworm Press and co-owns Philadelphia based bookstore/performance space Juanita And Juan’s. Give Up the Ghost came back into the headlines in 2007 under accusations that Fall Out Boy had taken lyrics from Wes Eisold, the band’s lyricist, resulting in an out-of-court settlement and a credit in the liner notes of both the multi-platinum selling From Under the Cork Tree and Infinity on High.

Give Up the Ghost played two reunion shows in December 2011. 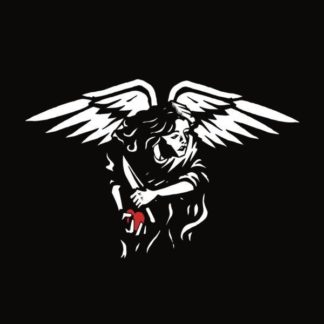