Exploded View, the international music project of Annika Henderson, Hugo Quezada, and Martin Thulin has returned and taken flight with their second full length, Obey. The album was recorded at Hugo’s and Martin’s studios in Mexico City with Annika visiting from Berlin. Leaving behind their raw, live recording process, and embracing overdubs and multi-instrumentalism, the band has crafted their most ambitious work to date. The four-piece that recorded the band’s self-titled debut album and Summer Came Early EP became three to create a more concise collection of songs. Their motivation for creating together remains purely passionate and the improvisational spark the band is known for has morphed into the emotional flames of being close friends with a deep desire to make music with each other.

This passion serves as the main conceptual thread throughout the album and the result is an almost hypnotic dream sequence that lulls the listener into a lucid state. Once in this state you become free to experience all of the classic dream motifs that the band has in store: intrigue, danger, ecstasy, visions that are hard to place but feel primordial, and a constant sense of movement. From the aptly titled opener “Lullaby” the record weaves you through 10 apocalyptic yet soothing songs. By the time you reach the song “Obey,” you are firmly in the band’s palm. And the titular track delivers, bringing you on a hypnotic voyage with a shuffle 3/4 rhythm, where singer Annika Henderson’s voice is caught in a rotating, inescapable rabbit hole tale, accompanied by the high-pitched modular bleeping sounds of the Moog and eerie landscape of the Solina.

When asked about the title of the record, singer Annika said “this is in reference to so many things. We live in a society where we must obey or risk punishment. This can be social punishment, legal punishment, emotional punishment – if you dare to step outside, you will reap the reward. We live in a time when we are self-certifying a lot. Whether it’s how we present ourselves on social media or our diet or our job – we obey the social norms. Our fears are used against us by advertisers. Our fears of growing old or being excluded – we must conform or pay the high price – buy this and you will be accepted. We must obey.” She adds musingly at the end “It’s also funny because in the band we often feel like we are all compromising, so we must all obey each other’s wishes to some extent too.” The meta nature of this sentiment, wanting to break free and also recognizing necessary emotional compromises, is just one of many juxtapositions in this record. The band recognizes that some of the freedoms they advocate for are only attainable in sleep and have thus created this dream state record to help release us all.

Striking the balance between precise and wild, between unshackled and grounded, grooving and unhinged, has always been Exploded View’s specialty. The have a special knack for making the esoteric feel accessible and crafting pop music out of seemingly raw consciousness. This unique ability to make beautiful music that feels written beyond the veil is at the heart of what makes the band so captivating and powerful, and it’s on full display all over Obey. 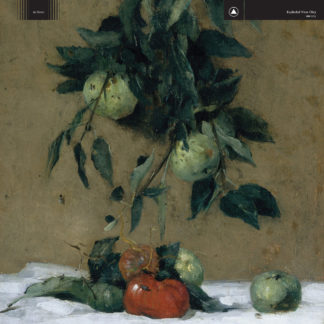