Birmingham’s seminal post-punk/industrial behemoths GODFLESH performed their seminal debut full-length album, 1989’s « Streetcleaner », in its entirety at the 2011 edition of the Roadburn festival on Thursday, April 14 at the 013 venue in Tilburg, Holland. In addition, founding members Justin Broadrick and Benny Green played the « Tiny Tears » EP, which was conceived as part of the overall « Streetcleaner » vision, in full as well.

Decibel magazine: The debut full-length from industrial mastermind Godflesh is suffocating as a live recording. Rumbling bass, squealing guitars and strong vocals bring Streetcleaner to life in a different way than on the studio album, but it works to Godflesh’s benefit. The songs are more dissonant and, at times, cacophonous, a powerful incarnation of the record more than 20 years after its release. 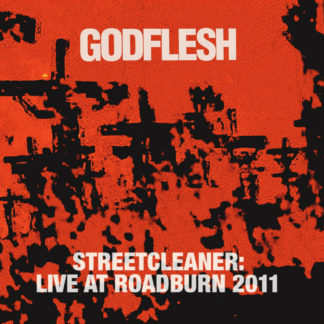