Pressing info : First pressing on black 2xLP. Gatefold sleeve. Deluxe 2xLP version is pressed on virgin vinyl with an etching on Side 4, packaged in a gatefold jacket with high gloss varnish, art-worked insert, and download card.

The Nirvana of thrash, you say? Well, that is exciting! It can only mean one thing — Oozing Wound will make us a lot of money and die and then make us even more! So excited were we by this possibility, that we sat down and recorded an interview with our own band. Two birds, you know — we could write the bio and get bonus material for the posthumous box set all at once!

Oozing Wound spent four days getting a studio tan at Minbal Studios in Chicago to record the new album Whatever Forever with recording engineer Matt Russell, which is four times as long as it took the band to record its 2013 debut Retrash. Russell mixed the album and it was mastered by Heba Kadry at Timeless Mastering. 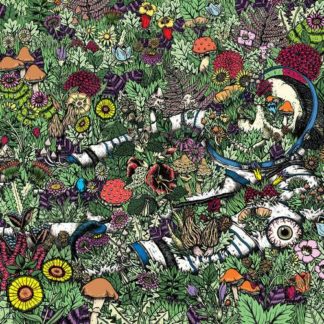