Formed in Umeå, Sweden in 1991, hardcore-punk legends Refused are broadly considered one of the most influential rock bands of the early ‘00s. 1995’s full-length ‘Songs To Fan The Flames of Discontent’ brought them to international prominence and the lead track “Rather be Dead” was a defining statement about the philosophy of the band and their boundary-breaking rebellion against political and economic oppression, the patriarchy and the traditional social values that proliferate those paradigms.

The 1998 album ‘The Shape Of Punk To Come’ and its global hit “New Noise” become a cultural touchstone for the entire post-hardcore generation as the origination of stylistic genre-bending – including electronics, jazz and slick production for the first time – tent-poled by politically progressive lyrical intent and further strengthened through use of album artwork and energetic live shows to spread their message.

After a 14-year pause, the band reunited in 2012 playing much anticipated shows like mainstream festival Cochella and were subsequently awarded the “Special Prize for Music Exports” by the Swedish Ministry of Trade in 2013. In 2015, they released their fourth studio album ‘Freedom’ which was recorded with Nick Launay (Nick Cave and the Bad Seeds, Killing Joke). Their fifth full-length studio album ‘War Music’ is a complete return to form with its catchy, heavy, melodic blend of punk rock and hardcore – all wrapped in the catchiest of hooks. Lyrically the album pulls no punches and is quite possibly their most direct lyrical statement to date. Quite fitting in 2019. 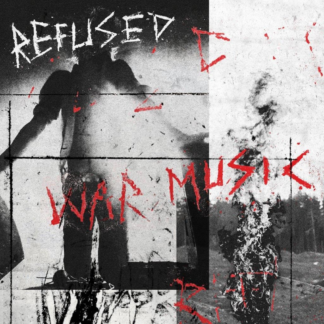