Millions Now Living Will Never Die is the second full-length offering from Tortoise. The majority of the material was first conceived during an idyllic 10-day retreat in Northern Vermont, where the group were able to explore their ideas in a setting that fostered introspection and inspiration: the results are clearly evident in the washes of Klangfärben (tone color) and rhythm that permeate the album. The sounds and ideas contained therein can be viewed as a logical extension of those found their first (eponymous) LP on Thrill Jockey where the group outlined an agenda exploring texture, space, and mood. MNLWND, however, offers not only an expansion of those ideas but also the introduction of several new elements into the musical equation. New instrumental textures (marimbas and other mallet percussion on “Djed” (pronounced “jed”); conventional electric guitar on “Glass Museum”; analog synthesis/sequencing and found sound on “Dear Grandma and Grandpa”) and structural ideas (the extended formal procedures of “Djed”; the non-narrative song “Along the Banks of Rivers”) represent clear developments and redefinition’s of the group’s sound.

Recording commenced immediately upon returning to Chicago, though due to a variety of reasons, the entire recording and mixing process became elongated. This less hurried approach to album making allowed the group to explore more of the possibilities inherent in the material; the 21-minute “Djed” is ample proof of this. The final version of the track went through approximately 15 different stages of mixing and editing. Like their debut, MNLWND was recorded and mixed by John McEntire (also at that time had produced material by Stereolab, Run On, The Sea and Cake, Trans Am, and Come). The majority of the album was recorded and mixed at Idful Music Corporation in Chicago, with the remainder being realized at the newly established SOMA Electronic Music Studios. MNLWND is the first studio recording to feature the talents of David Pajo, who joined to fill the position vacated by Bundy K. Brown in late 1994. 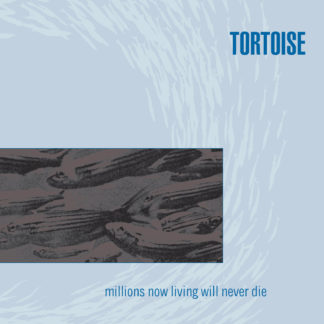