This is a pre-order ! Records will ship once they are in stock.
Release date : 3 march 2023

Full of Hell pack nihilism, devastation, and overwhelming fury into every outpouring. Primitive Man blends existential dread and postmodern terror with hostile sludge and doom. It was inevitable that the pair of acclaimed hellraisers, coveted by devoted adherents, would collaborate.

Primitive Man brings their grimy, misery-driven heaviness together with Full Of Hell’s iconoclastic genre-busting grindcore into a singularly powerful dual artistic statement. Produced by Andrew Nelson (Harms Way, Weekend Nachos, LURK), SUFFOCATING HALLUCINATION unites them in a blisteringly blissful sonic celebration of disillusionment and chaos. Issued by Closed Casket Activities, the record arrives just in time for a US tour with The Acacia Strain and Fit For An Autopsy.

Neither group is a stranger to splits and collaborations. The Primitive Man discography, which boasts the unstoppable Immersion (2020) and the Insurmountable EP (2022), among other gems, includes split EPs with a number of like-minded bands, including Hell, Unearthly Trance, and Hexis.

Full Of Hell straight-up merged with Japanese noise masters Merzbow for a collaborative album, followed by a pair of records with experimental metal duo The Body. Those are in addition to a long history of split EPs, with the likes of Nails, Psywarfare, and Code Orange, to name just a few.

The combination of Full Of Hell’s furious blast furnace speed and Primitive Man’s immersive glacial doom was born first from friendship and second from the idea that they had something to say in unison. Full Of Hell guitarist Spencer Hazard suggested it. Soon, he and his bandmates – Dylan Walker (vocals), Dave Bland (drums), and Sam DiGristine (bass) – were in a room with Primitive Man’s Ethan Lee McCarthy (vocals, guitars), Jonathan Campos (bass), and Joe Linden (drums).

“It’s kind of like making a new hybrid band,” Walker explains. “It’s a really special marker of the friendship between us. We approach each collaboration differently, depending on the personalities in the room. With Primitive Man, we wrote everything in the studio. Each collaborative record is a cornerstone in our discography, as important as our own full-lengths.”

Full Of Hell’s earliest full-length outbursts, Roots of Earth Are Consuming My Home (2011), and Rudiments of Mutilation (2013), began a sonic conversation of sorts with the band’s audience. That creative discourse continued in earnest with the captivating Trumpeting Ecstasy (2017) and Weeping Choir (2019). Both appeared on Best Of The Year lists from extreme metal tastemakers like Revolver and Decibel. As Pitchfork wrote upon the release of Weeping Choir, “Grindcore, hardcore, and death metal meet within their music to produce something feral and unknowable.”

Primitive Man are no less acclaimed. “There is no band heavier than doom torturers Primitive Man,” wrote Spin, who counted the Denver trio among the 50 Best Rock Bands Right Now. Primitive Man celebrated their 10th anniversary in 2022. Support on several shows came from Jarhead Fertilizer, who hails from one of Full Of Hell’s two home states, Maryland (the other is Pennsylvania), and features Full Of Hell’s Bland and ex-bandmate Brandon Brown. 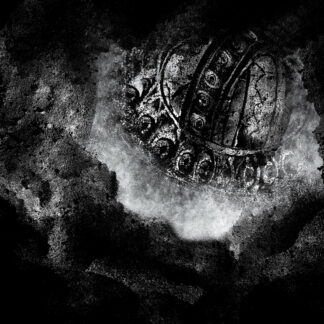